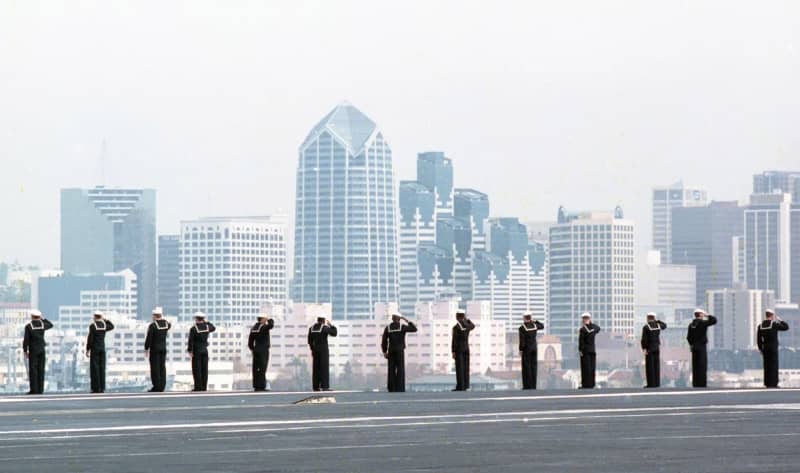 Published by
The San Diego Union-Tribune

SAN DIEGO — The aircraft carrier Kitty Hawk steamed into San Diego in the fall of 1961 with fanfare usually enjoyed by royalty, wrote the San Diego Union’s Lester Bell in a story announcing the warship’s arrival. A swing band on a barge at the mouth of the newly dredged harbor channel played “California Here I Come,” and fire boats spraying plumes of water escorted it to North Island. The Kitty Hawk would call San Diego home for the next 37 years, before spending its last decade of operations in Japan. It was decommissioned in 2009. For the next 12 years, it would sit with other retired ships …

Tax revenue up 6.3 tln won in July amid economic recovery

SEOUL– Flag carrier Korean Air Lines Co. is seeking to resume the direct flight between Incheon and Bali from mid-July after a two-year hiatus due to

South Korea’s first-ever lunar orbiter has been given the moniker, “Danuri.”According to the Ministry of Science and ICT on Monday, the name was selec