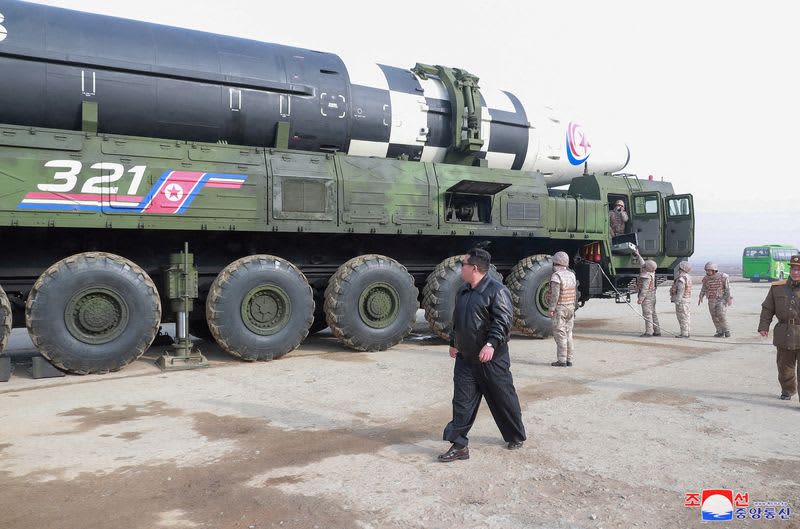 By Hyonhee Shin SEOUL (Reuters) -North Korea fired three ballistic missiles towards the sea off its east coast on Thursday, South Korea and Japan said, in the latest tests aimed at advancing its weapons programmes, even as it first reported a COVID-19 outbreak. Three short-range ballistic missiles were fired at around 18:30 (0930 GMT) from the Sunan area of North Korea’s capital, Pyongyang, where an international airport is located and where it fired its largest intercontinental ballistic missile (ICBM), the Hwasong-17, on March 24, South Korea’s Joint Chiefs of Staff (JCS) said. The missiles …